Are you looking for information related to the Salary Of IAS Officer? Then here you are in the right place. Here you will get detailed information and perfect figures for IAS’s salary.

With reputation, you also get a good handsome pay of salary. Salary increases with promotions. In this article, I have given the details of the IAS Salary according to the grade.

Not only salary but an IAS also get a lot of benefits that come with the designation and responsibility. Benefits include DA, TA, and HRA, and many more. Keep reading the article till the end to know the details of benefits and perks. So, let us get started.

Who is an IAS

IAS is one of the most inspiring careers for millions of Indians. Many want to become an IAS officer and have a stepping stone of success in their career. An IAS officer’s ultimate aim is to serve the country.

IAS Officers can be in any of the government servant roles listed below.

How to become an IAS Officer

To become an IAS officer you need to crack the UPSC-CSE exam. The exam is conducted with the aim to recruit government officials of a total of 25 services in India. IAS includes All India Services comprising of IAS, IPS, and IFS. You can read more about How To Become IAS Officer in detail here.

The eligibility criteria to become an IAS Officer are as follows.

The minimum age to appear for UPSC- Civil Service Exam is at least 21 years. The maximum age limit to become an IAS officer for the general category is 32 years for OBC is 35 years and SC/ST is 37 years respectively.

To become an IAS officer a person needs to crack the Civil Service Examination (CSE) which is conducted by Union Public Service Commission (UPSC). It is one of the toughest competitive exams in India. Approximately every year 1000 candidates are selected as an IAS officer.

UPSC-CSE is conducted in three stages as follows.

The Salary Of IAS Officer

The salary structure of all IAS officers has been changed after the 7th pay commission recommendation came into force.

Accordingly, the basic salary for the month of an IAS officer is Rs. 56,100/-. TA, DA, and HRA are not included in this amount. This basic pay goes on increasing with promotions. The promotions and the salary of an IAS officer are directly related to each other. The more promotions the more is your salary hike. And if you reach a designation of cabinet secretary the salary becomes 2,50,000/-.

Let us have a look at the salary distribution of an IAS Officer. The salary of an IAS differs according to the years of experience and designation with promotions.

The basic salary of an IAS Officer starts from INR 56,100/- and can reach INR 2,50,000/- for Cabinet Secretary. TA, DA, and HRA are extra with the basic pay. The basic pay according to the post is as follows.

To talk about other benefits that you get which salary is the dearness allowance (DA), House Rent Allowance, Medical Allowance, Traveling Allowance, Security, Bills, Vacation, and Pension.

It is due to the DA that the salary of an IAS is increased by the government after intervals. The dearness allowance for an IAS is revised on a half-yearly basis. DA is also affected by the inflation rate. But generally, it increases every year.

The house rent allowance difference from city to city. The housing flowers generally range from 18 to 24% of the IAS Officer’s Basic Pay.

According to the grade of the IAS officer and their posting, he/ she is assigned a vehicle. Generally, in a rural area, the officer gets an ambassador car. Whereas in city areas the officers get luxury cars In Innova, Fortuner, etc.

An IAS officer I am not permitted to carry of their own by government. But for the security of IAS officers, the government allotts bodyguards to the IAS officer and their families.

An Officer might get the electricity, gas, water, and phone bill for free. Sometimes it is not free then the officer may get it at a very subsidized rate.

An IAS Officer is allotted a guest house or a bungalow during his/her business or non-business trips.

An IAS officer Android a good hand full amount of pension a lot of retirement benefits.

Role & Responsibilities of an IAS Officer

An IAS Officer plays a very vital role in the Government Body. The role and responsibilities of an IAS officer are as listed below.

To sum up, this was all about the Salary Of IAS Officer. I hope this was the relevant article you were looking for and I was able to share the detailed information about the salary of an IAS Officer with benefits & perks.

Along with this, you should also remember that you will be working for the country and the people of the country. It is a pride to do this work. You will surely be known as a patriotic Indian. So the matter of the salary should be secondary. Jay Hind!

If you have liked the article do not forget to share. Sharing is Caring!!! 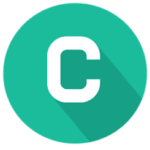